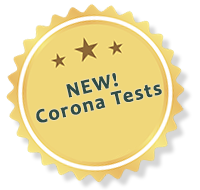 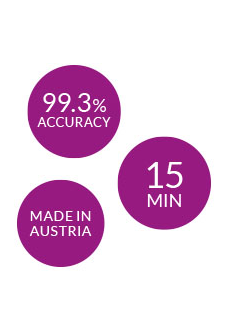 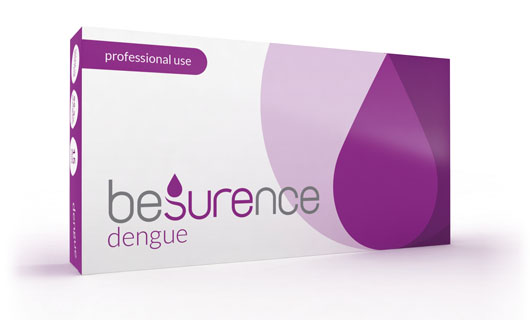 Dengue is a mosquito-born infection with symptoms similar to those of Malaria, that typically occurs in tropical and/or sub-tropical areas such as Africa or Asia and Latin American countries. In the past years Dengue became a global threat by expanding from beforementioned areas to the US and Europe. In 2012, the islands of Madeira in Portugal were challenged by an outbreak of the disease with more than 2.000 reported cases.

Currently, according to WHO estimations, more than 2.5 billion persons or 40% of the global population is at risk for a Dengue infection, 50-100 million cases are reported annually, the disease is endemic in 100 countries.

Although there is no vaccine or specific treatment to an infection with Dengue fever, it is massively important to immediately get medical care by healthcare professionals once you received the diagnosis. This reduces the mortality risk noticeably.

Besurence Dengue is a reliable diagnostic test kit for a first dignosis of an eventual Dengue infection. The test can be used without any additional laboratory equipment, hence can be performed anywhere at all times and indicates the result immediately.